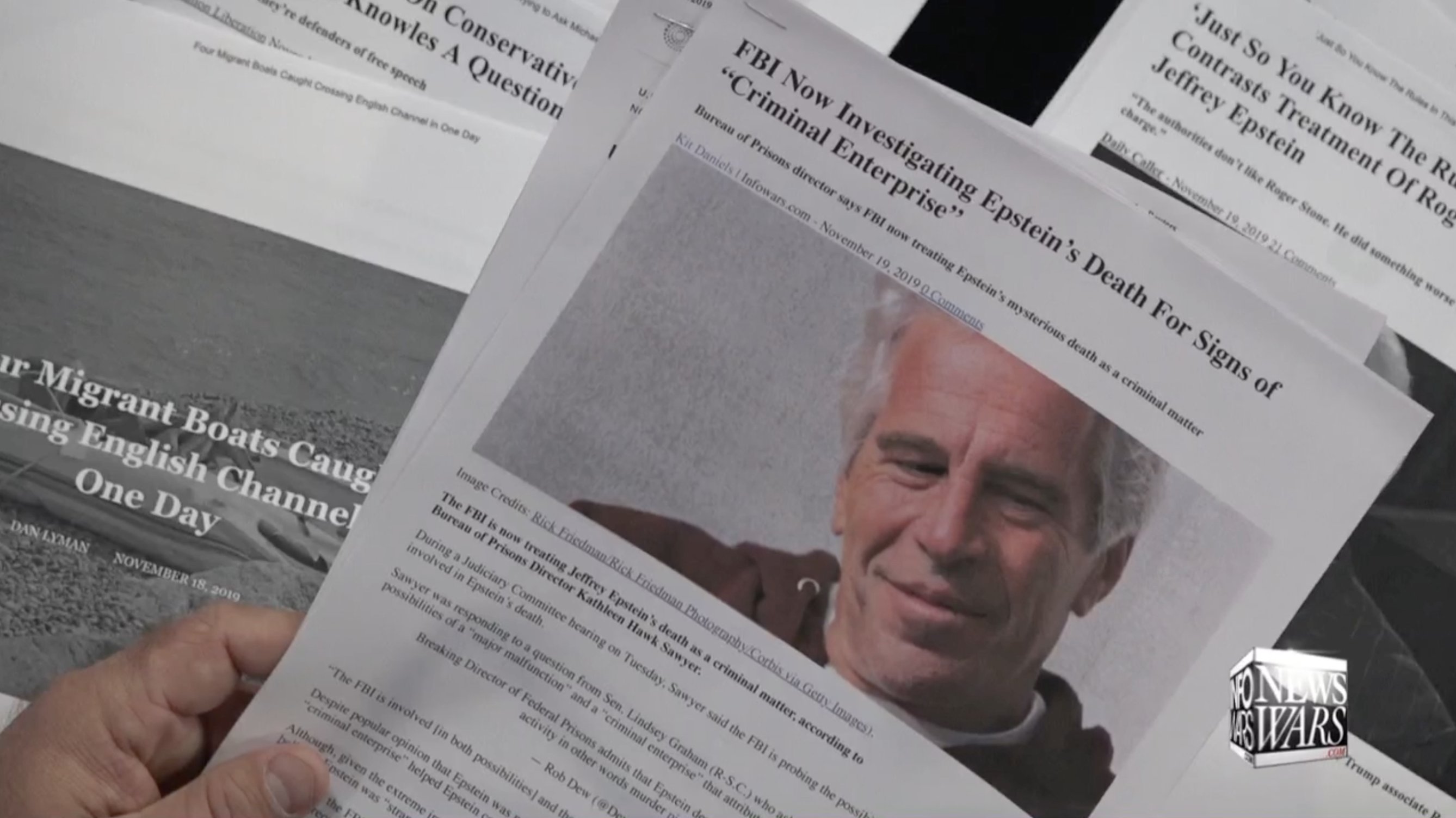 WATCH The Alex Jones Show LIVE: Tuesday November 19th 2019!
https://www.facebook.com/DumpThemTrumpHaters/videos/1686886704775501/
We are less than ONE YEAR away from the most CRITICAL election in American History! 2020 ELECTION DAY COUNTDOWN – 349 days!

Alex Jones delivers a bombshell development in the Epstein saga! Share this link!

A witness of the #Democrats’ #impeachment farce #testified Tuesday that he would not reveal the identity of the so-called whistleblower.