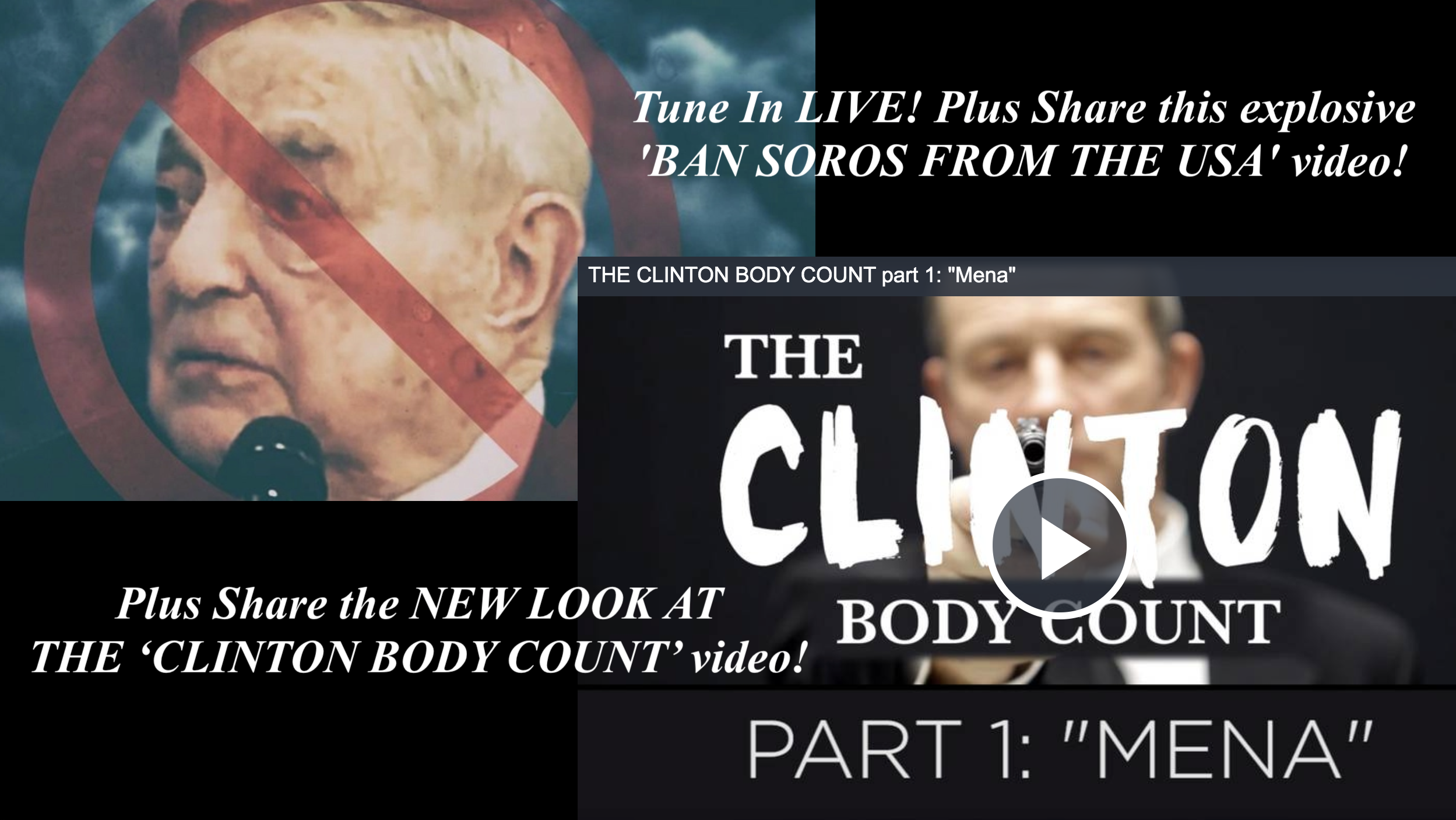 Checkout What The Bad Guys Don’t Want You To See! We Are Alive! You Are The Resistance!
#WATCH The #AlexJones Show #LIVE: Monday December 23rd 2019!
THE MOST #CENSORED #NEWS BROADCAST IN THE #WORLD!
https://banned.video/watch?id=5b92a1e6568f22455f55be2b
We are less than ONE YEAR away from the most CRITICAL election in American History! 2020 ELECTION DAY COUNTDOWN – 316 days!

BAN SOROS FROM THE USA
Learn why George Soros is such a reviled figure – even in his home country!
https://www.infowars.com/ban-soros-from-the-usa/
George Soros is banned in his home country of Hungary, The Philippines, Turkey, Russia, Poland, and Pakistan. But his presence in the United States and more importantly its elections couldn’t be stronger.
Also, get all you need to completely stuff Christmas stockings this year with our Christmas Mega Pack sold AT COST during the Extended Christmas Super Sale!

MUST-WATCH FILM: NEW LOOK AT THE ‘CLINTON BODY COUNT’
Please share this explosive film and tune in for more to come as Infowars jumps back into making documentaries!
https://www.infowars.com/must-watch-film-new-look-at-the-clinton-body-count/
The term “The Clinton Body Count” has become a fairly common saying in today’s pop culture.

THE CLINTON BODY COUNT part 1: “Mena”
https://banned.video/watch?id=5e004004926eb9001cb2db48
The origins of the notorious phrase; The Clinton Body Count come from the 80s and 90s when Bill Clinton was Governor of Arkansas. Part 1 of 3

FIRST LOOK AT HUGE EPSTEIN DETAILS BREAKING ON MONDAY
The mystery life of Epstein is about to blow wide open!
https://www.infowars.com/massive-new-epstein-info-to-be-released-monday/
Here’s a first look at the revelations about Jeffrey Epstein that’s going to reveal how deep the mystery goes:

Massive New Epstein Info To Be Released Monday
https://banned.video/watch?id=5dfeaf44b10e27002b3d482b
Alex Jones covers some of the bombshell info that will be fully disclosed on Monday’s broadcast