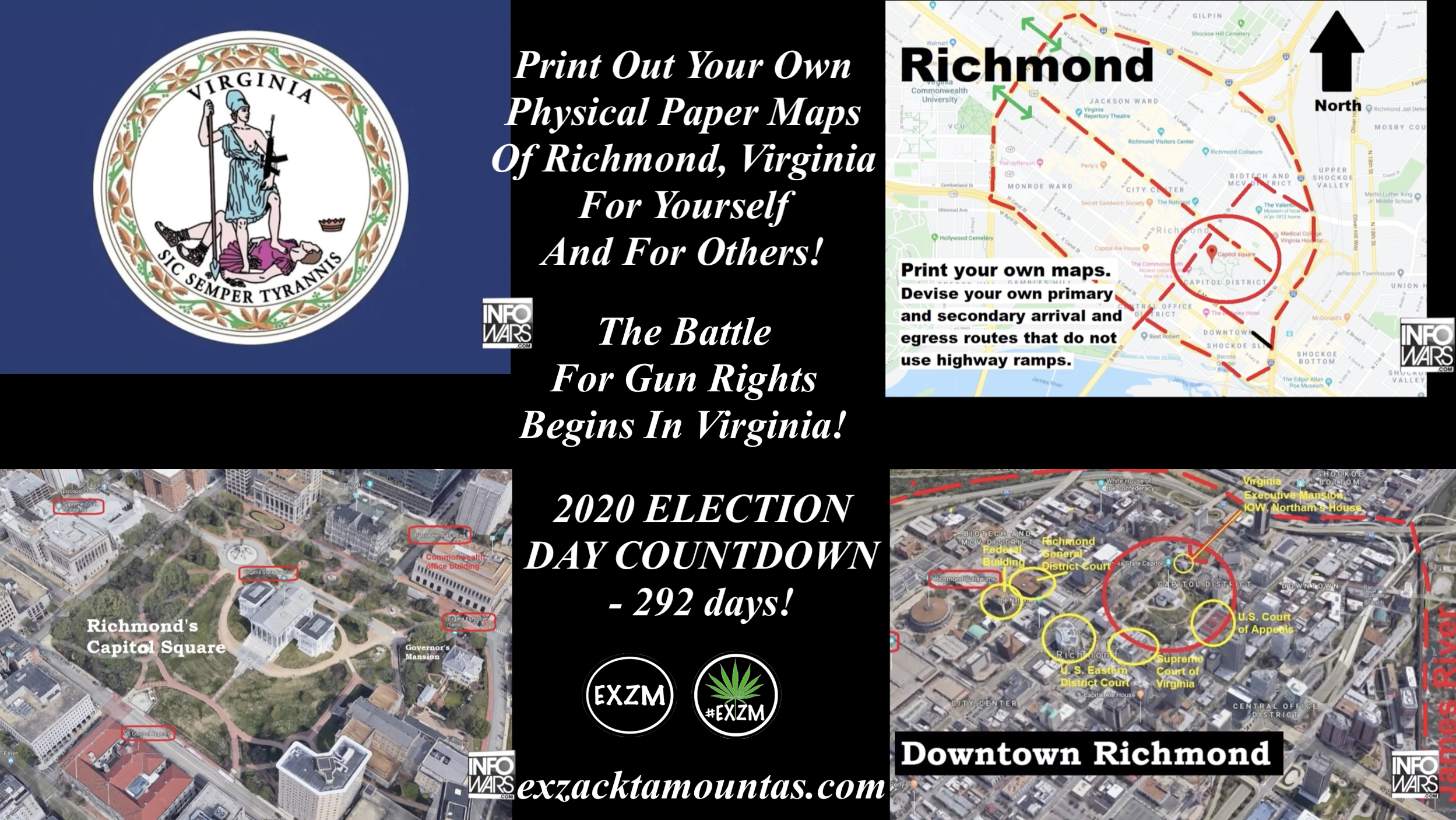 #Democrats #Admit To #National #Gun #Confiscation #Plan!
https://www.facebook.com/DumpThemTrumpHaters/videos/2408499922700915/
https://banned.video/watch?id=5e163d110cc35e001c11d518
Listen in their own words as the #leftists vow to make you a #disarmed #slave! It is their wet dream that they make you a #victim! #NationalGunConfiscation 2020!
VCDL Page – Virginia Citizens Defense League, Inc. (January 20,2020) be there! More Information Here:https://www.vcdl.org/
Virginia Citizens Defense League aka #VCDL will be holding the most important #LobbyDayRally that we have ever had on Monday January 20th, 2020!
If you care about your #GunRights in the slightest then it is vital that you show up at this #rally!
For more details:
Sign up for VCDL’s FREE VA-ALERT (https://www.vcdl.org/VA-ALERT) for the latest updates on the Rally
The Rally Facebook page https://tiny.cc/lobbyday2020
Frequently Asked Questions (FAQ) http://tiny.cc/lobbydayfaq
Rally Flyers: 1 & 2
https://www.vcdl.org/resources/Documents/2020-Lobby-Day-Flyer-1.pdf
https://www.vcdl.org/resources/Documents/2020-Lobby-Day-Flyer-2.pdf

Checkout What The Bad Guys Don’t Want You To See! We Are Alive! You Are The Resistance!
#WATCH The #AlexJones Show #LIVE: Thursday January 16th 2020!
THE MOST #CENSORED #NEWS BROADCAST IN THE #WORLD!
https://banned.video/watch?id=5b92a1e6568f22455f55be2b
We are less than ONE YEAR away from the most CRITICAL election in American History! 2020 ELECTION DAY COUNTDOWN – 292 days!

Matt Bracken suggests to bring to Richmond Virginia:
– Wireman wire cutters that can cut zip ties,
– Binoculars,
– Walkie talkies in case the phone signal gets jammed,
– Thermal optics,
– Smart phones and cameras, so you can film and upload filmed images and videos online immediately.
– Be sure to be leaving security at the parking lot with your vehicles, so people can’t hurt your cars, (ex. bust out windows, cut the tires, etc…).
– The police are ready to arrest thousands of people. Do you have a lawyer or attorney, if you’re arrested?
– Plus you can bring masks and eye protection,
– Last but not least, Bring Water for an eyewash, etc…

POLITICAL PLANETS ALIGN: DEEP STATE PREPARES TO TRIGGER NATIONAL EMERGENCY, REMOVAL OF POTUS – WATCH LIVE!
We’re at both a political quickening and a crossroads for the United States. This broadcast is not meant to still be on air, but here we are bringing you information so you can see history unfold before you!
https://www.infowars.com/watch-live-va-state-of-emergency-to-stop-1a-2a-pelosis-assassination-bullet-commemorative-pens/
You’re living in history. Your life has meaning. You’re a part of history. Please share this link to let others know that unprecedented, historic events are unraveling right before their eyes!

The Battle For Gun Rights Begins In Virginia
https://banned.video/watch?id=5e20c2d1e12dc800164d41f5
Virginia! They’re coming for your guns! Democrats in Virginia won control of the state legislature after the 2019 elections, opening the door for lawmakers to pass new stricter gun-control laws. American gun owners are fighting back and holding a march on January 20, 2020 in Virginia to protest against this infringement on the Second Amendment. It is expected to be a massive demonstration of possibly 50,000 attendees. Virginian Governor, and Democrat, Ralph Northam plans to declare a temporary state of emergency claiming far-right groups are planning on attending the protest and that there have already been threats of violence. This is just another excuse by power trippin’ Democrats to infringe on the Second Amendment rights of law abiding citizens.

Dental Assistant Fired For Expressing Support For Trump on Facebook

Pelosi Signed Articles of Impeachment With Pens That Looked Like Bullets

Gun Grab in Virginia Would Spark Next Civil War

Peter Schiff: Americans Are In For A Rude Awakening

Watch: CNN Commentator Van Jones Admits, “There was nothing [at debate] that would be able to take Trump out”