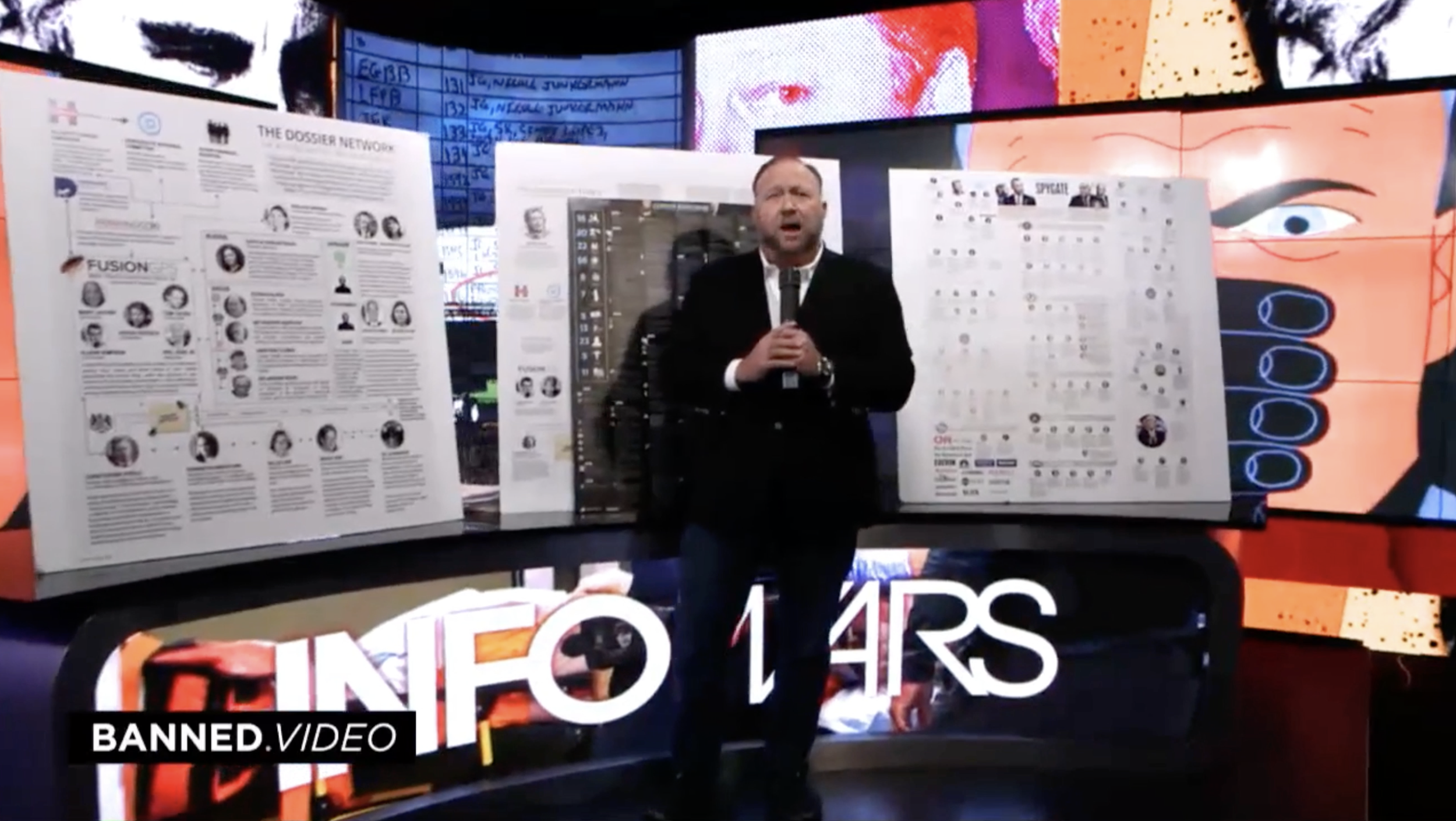 Checkout What The Bad Guys Don’t Want You To See! We Are Alive! You Are The Resistance!
#WATCH The #AlexJones Show #LIVE: Friday December 27th 2019!
THE MOST #CENSORED #NEWS BROADCAST IN THE #WORLD!
https://banned.video/watch?id=5b92a1e6568f22455f55be2b
We are less than ONE YEAR away from the most CRITICAL election in American History! 2020 ELECTION DAY COUNTDOWN – 312 days!

FRIDAY LIVE: INVESTIGATION EXPOSES EPSTEIN NETWORK UP & RUNNING
What’s really going on is a lot deeper than what the news headlines indicate. Tune in!
https://www.infowars.com/friday-live-investigation-exposes-epstein-network-up-running/
On this Friday edition of the Alex Jones Show, we also reveal how the UN was caught hiding false flag evidence of a chemical attack in Syria intended to broaden the war:

Shock video shows young girls dressed as stewardesses being used in the elite world of private executive jet travel to entice men to join their club. Please share this video!

REPORT: INVESTIGATOR BUSTS EPSTEIN NETWORK RUNNING BIZARRE AVIATION PROGRAM
What Is Aviloop?
https://www.infowars.com/report-investigator-busts-epstein-network-running-bizarre-aviation-program/
Private investigators worked with radio and TV host Alex Jones to expose a conspicuous company run by an associate of Jeffrey Epstein that posted dozens of videos of girls, who appear to be underage, advertising an obscure flight training program aimed at women.

Epstein Trafficking Network Up And Operational: Lolita Express Airlines Still Recruiting Young Girls
https://banned.video/watch?id=5e0195e1d8d7ec002764b20a
Shock videos show young girls dressed as stewardesses being used to lure other young women into the elite world of private executive jet travel while enticing men to join their club. Independent investigator reveals connections between former Epstein sex slave turned pilot who was given immunity and Mark Epstein, Jeffrey’s property managing brother. Also of interest is how the mainstream media has ignored the obvious sexual nature of these recruitment videos from these Epstein connected companies. Some of this information has been reported by the Guardian and other news outlets, but the salaciousness of these videos has been ignored. Share this video so the world knows how the elites are trafficking young girls and how deep the rabbit how goes.